The decade is almost up so below we look back on nine tournaments that had dramatic endings. Dramatic because the person who we thought was going to win ended up ‘choking’ so to say and handing the tournament to somebody else. 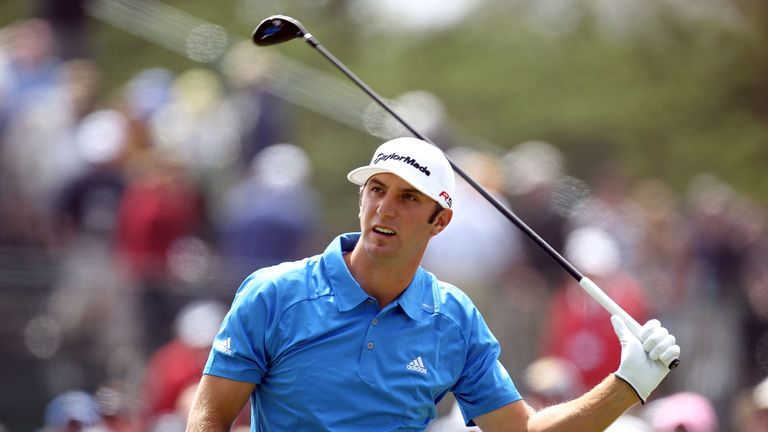 The award for choke of the decade has to go to Dustin Johnson, who imploded during the final round of the 2010 US Open. The American held a three stroke lead over Graeme McDowell but that evaporated very quickly. He made a complete mess of the 2nd hole to triple-bogey it after a left-handed chip and then a near air shot when trying to play a flop shot. He then doubled the next, bogeyed the 3rd and it didn’t get better from there, finally signing for an 11 over par 82. 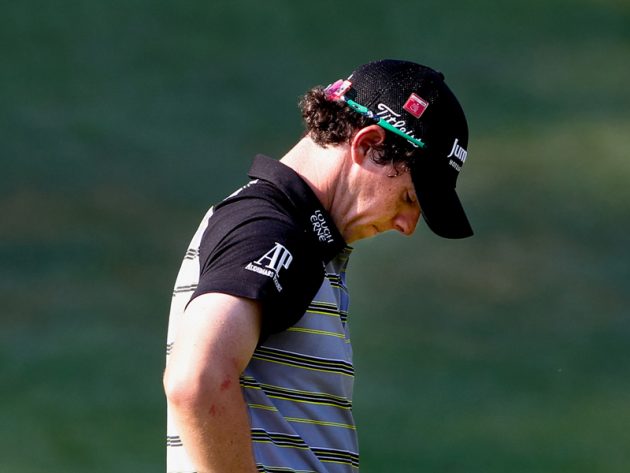 Rory McIlroy held a four-stroke lead heading into the final round at Augusta in 2011 with his first Major victory looking likely. The Northern Irishman got off to a shaky start with a bogey on the opening hole but composed himself to remain in the lead with the back nine to play, where it would all go wrong. He played the back nine in seven over par after beginning it triple-bogey-double to shoot 80. He hooked it left into cabins on the 10th tee and then later hit a tree with a pitch shot before three-putting the 11th and then four-putting the 12th. 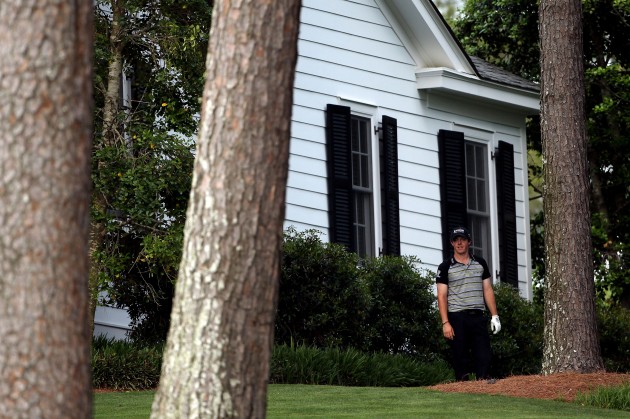 Rory bounced back in incredible fashion, however, going on to win the US Open two months on by eight strokes.

Another back nine Augusta collapse came five years later in 2016 after Jordan Spieth had just made four birdies in a row to lead by five. However, he began the back nine bogey-bogey-triple after hitting it into the water on the par-3 12th twice. Spieth ultimately lost to Danny Willett by three. 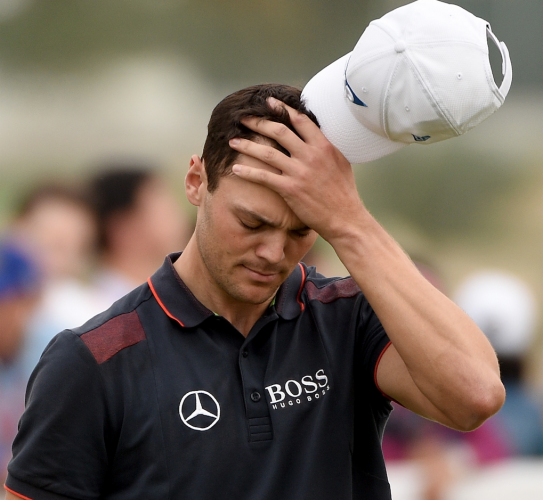 The German was known as one of the best closers in the game having won two Majors, reached the World Number One position and won 11 European Tour titles.

Kaymer birdied three of the opening four holes to lead the tournament by 10 shots but he then played the remainder of the round in six over to lose to France’s Gary Stal.

He still hasn’t won since the 2014 US Open, so perhaps his Abu Dhabi collapse is the reason why he has gone winless for over five years? 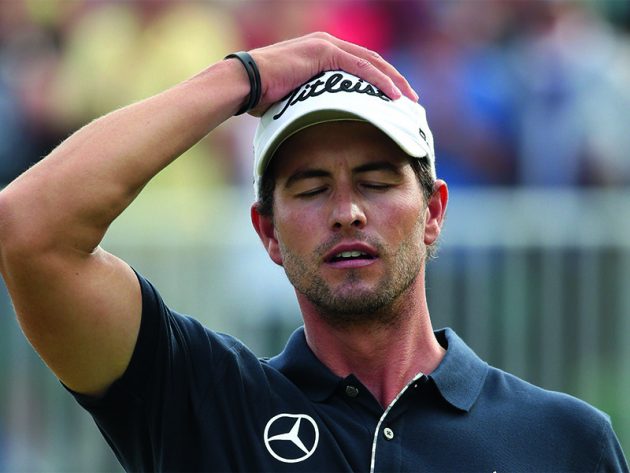 The Aussie looked set to finally capture his maiden Major at the 2012 Open Championship with a four shot lead with just four to play. Scott unfolded spectacularly with four straight bogeys to lose out by one after Ernie Els birdied the 18th. Luckily for the Aussie, he won the Masters the following year but this must still sting. 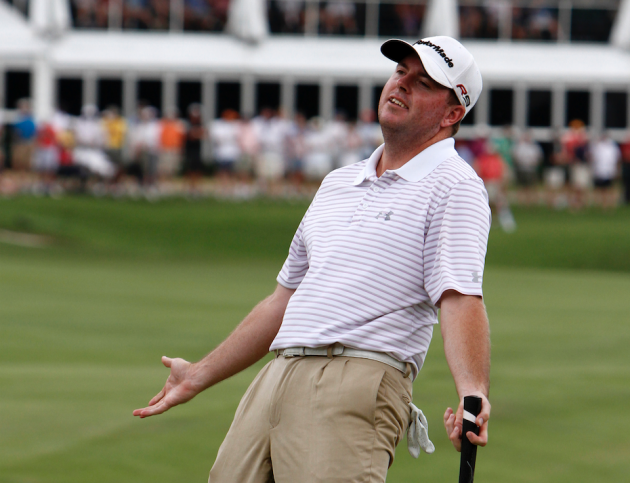 Garrigus squandered a three stroke lead with just a single hole to play at the FedEx St Jude Classic in 2010. The American pulled his drive left into the water hazard, dropped back with his third and pulled that too across to the other side of the lake before pitching out to the fairway. He hit his fifth shot onto the green to some 35ft before two-putting for a triple-bogey. He fist-pumped after holing his triple-bogey putt but then hit it behind a tree in the playoff with Lee Westwood and Robert Karlsson, ultimately being eliminated on the first extra hole. Westwood prevailed to win his first PGA Tour title in what was despair for Robert Garrigus.

Just like Robert Garrigus, Kyle Stanley had a three stroke advantage with a single hole to play at the 2012 Farmers Insurance Open at Torrey Pines. Luckily for Stanley, he had a par-5 ahead of him so could play it conservatively, laying up to 77 yards. From there it went all wrong. He hit his wedge beyond the hole but it spun back into the water and he then hit his fifth shot onto the green and three-putted for a triple-bogey 8. 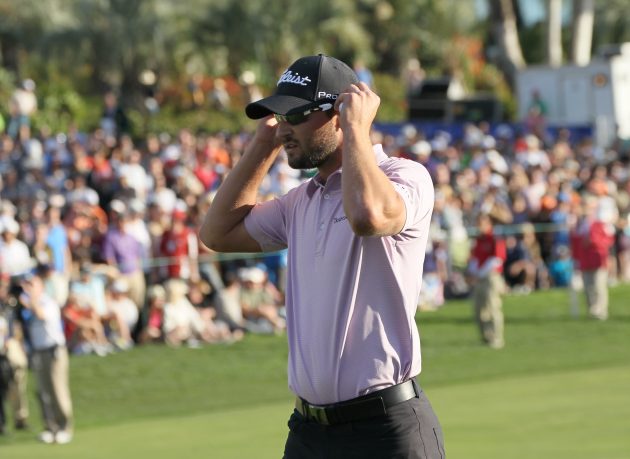 After holding a six-stroke lead with nine to play, he eventually lost to Brandt Snedeker in a playoff. “I know I’ll be back,” an emotional Stanley said post-round. “It’s tough to swallow right now.” Luckily for Stanley, he was back and went on to win the very next week at the Waste Management Phoenix Open.

The World Number One (at the time) held a six stroke lead after 54 holes but shot five over in the final round to squander the chance of another WGC title. DJ finished two back of Justin Rose who shot five under, after the American made five bogeys and not a single birdie in the final round. 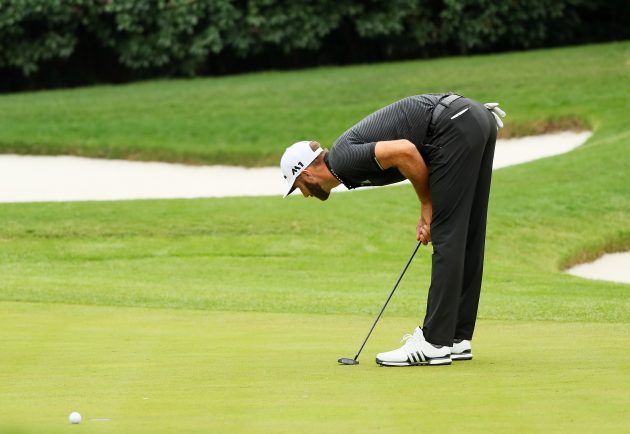 The World Number One (at the time) held a six stroke lead after 54 holes but shot five over in the final round to squander the chance of another WGC title. DJ finished two back of Justin Rose who shot five under, after the American made five bogeys and not a single birdie in the final round. 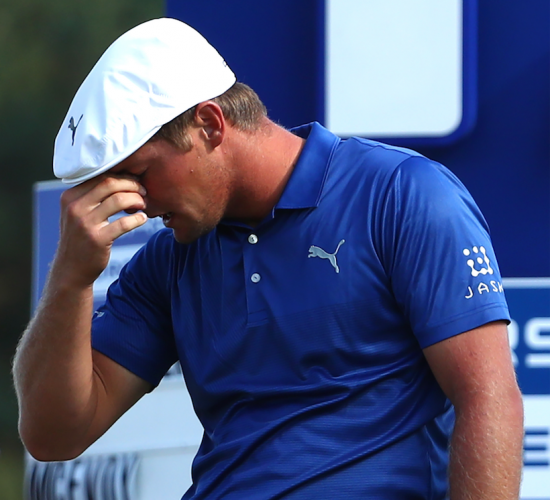 The American was playing with Richard McEvoy in the final group at the European Open and had the advantage due to his length with three par-5s in the last four holes. It looked the certain that the Golfing Scientist would go on to lift his first European Tour title. However, he got the hooks and made back-to-back bogeys on the 15th and 16th to drop to +3 for the day and then made a triple-bogey on the last to shoot 78. He was criticised after and later apologised for his handshake with Richard McEvoy on the 18th where he understandably stormed off.

By: Elliott Heath of Golf Monthly