Frannie and Steve Lay were on their late-morning walk around the block when Phil Mickelson crossed the street from the 10th green at PGA West’s Jack Nicklaus Tournament Course and walked right in front of them on the way to the 11th tee.

There are no spectators allowed this week at the American Express due to COVID-19, but the two courses being used this year – PGA West’s Stadium Course is the other – are lined by homes and homeowners like the Lays, who said they had allowed South Korea’s Sungjae Im to use their bathroom a day earlier. This, however, was Mickelson, 50, the winner of 44 PGA Tour titles including five majors, and one of golf’s biggest draws for going on three decades. Like a schoolgirl seeing her celebrity crush, Frannie Lay squealed, “What timing! He’s my favorite.”

As Mickelson teed off, a third passerby stopped to applaud and exclaimed, “Looks like a bomb.”

Mickelson is still attempting to hit his patented “bombs,” as he refers to them, and is making his 18th start at the AmEx this week as the tournament host and ambassador, where a win would make him the winningest Tour player in the state of California. (He’s currently tied with Tiger Woods at 14.)

During an abbreviated 2019-20 season, Mickelson threatened to win a couple times on the PGA Tour, but was a disappointing non-factor in the majors. After turning 50 in June, he blitzed the field, winning twice in two starts on the PGA Tour Champions. It has Mickelson thinking about dabbling more and more on the senior circuit while still motivated to make more history against the best players in the world. Only seven players have won after age 50 on the PGA Tour, and the oldest player to win a major is Julius Boros at age 48. 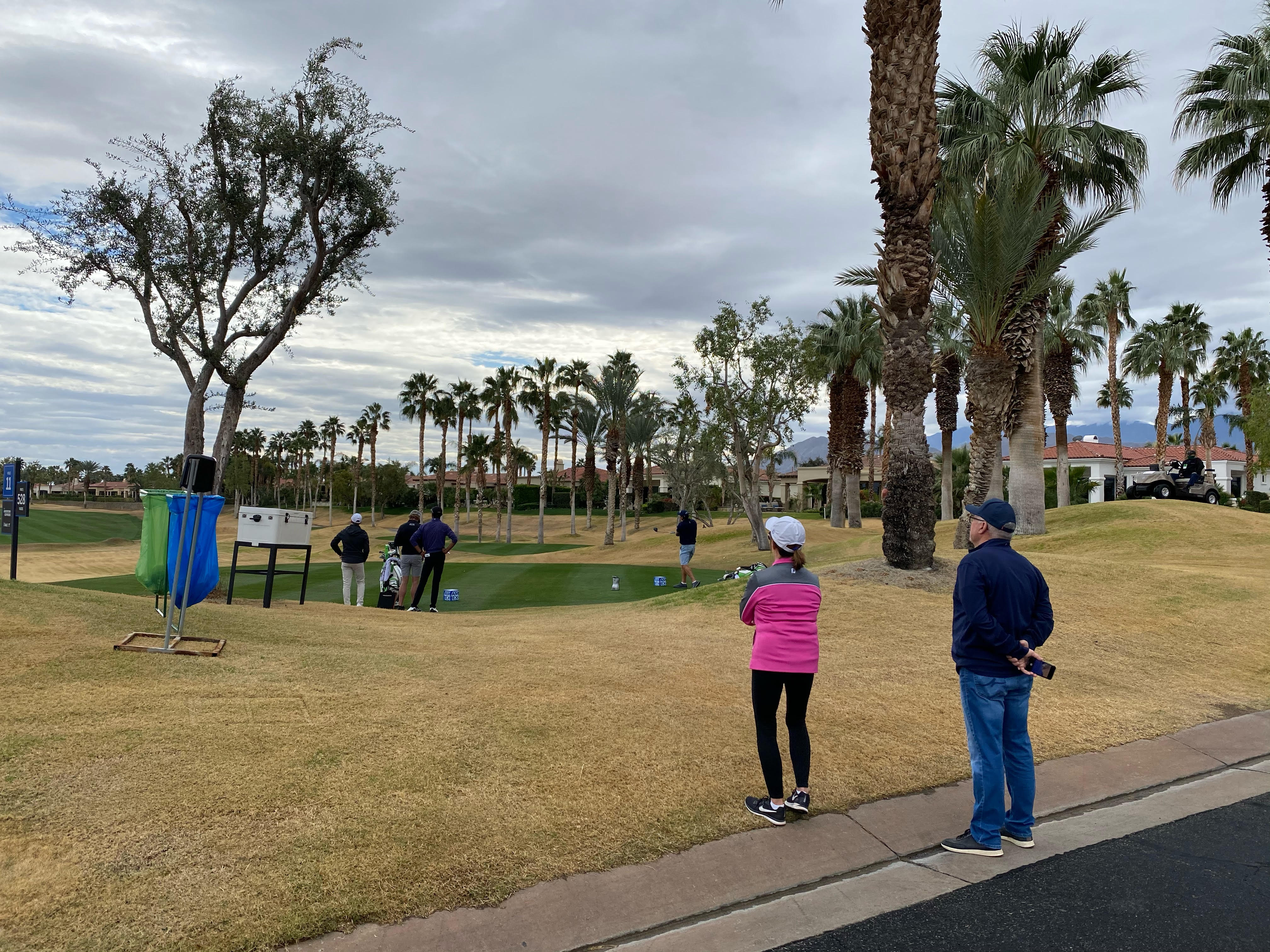 “I’m excited to start the year and see if I’m able to continue playing at the highest level. If I am, I’m going to really try to play more events on the PGA Tour and make a push hopefully for the Ryder Cup,” he said. “But if I don’t play well early on, I’ll start to re-evaluate things and maybe play a few more events on the Champions tour because what’s fun for me is competing, getting in contention and trying to win tournaments.”

As a testament to Mickelson’s longevity, this month marks the 30-year anniversary of Mickelson’s first Tour title, when he captured the now-defunct Northern Telecom Open in Tucson, Arizona, as an amateur. Former Masters champion turned golf commentator Trevor Immelman watched part of Mickelson’s practice round, and marveled at how he appears to be in the best shape of his life.

“It fascinates me how he keeps the fire burning after being at the sport for so long,” Immelman said. “It just doesn’t happen in sports. It takes a tremendous toll physically, mentally and emotionally, to stay in the spotlight for that long.”

“I find myself just internally motivated because of my love to compete and my love to try to bring out the best in me,” he said. “It’s the ability to play and compete against the best in the world that gets me in the gym every morning at 6 or 7, that gets me on the range working on my game, on the putting green working on my putting. That challenge of trying to play and compete against the best is what really drives me, and so I need to have that or else I feel I might get complacent.”

This week, Mickelson will be without his brother, Tim, who handles his caddie duties but is instead at home with his wife awaiting the birth of their first child.

“I just know that the birth of your first is the most emotional experience that you could possibly share and there’s no sense to take any risk,” said Mickelson, who has his instructor, Andrew Getson, filling in. “So he’s at home with his wife, they’re due any minute, any day, and I’m excited for them.”


By Adam Schupak on Golfweek