It’s that time of year again. Time to go out and enjoy some quality time with your buddies on the course…and pull some pranks along the way. We’ve put together a list of the do’s and don’t of April Fools golf pranks. Can you think of any we may have missed?

Have some a-holes consistently hitting into you? Next time they get close, lay on the ground, break out some ketchup and voila! At least one person in the group behind you will see their life flash before their eyes, conjuring visions of “Orange is the New Black.” Doubt their pants make it through unscathed, either.
—————-

DON’T: Hit back into group behind

No one likes getting hit into, but teeing their ball back at them will only magnify, not alleviate, the issue. And if you do that, be prepared to get into fisticuffs.
—————

A classic for a reason. This is a two-man operation, as you need to distract the player in question while the featherie forgery is put into play. By the way, I recommend all couples participate in this exercise. If the other doesn’t laugh upon ball implosion, he/she is not the one.
—————

DO: Litter a fairway or green with marshmallows

You would think telling the difference between a golf ball and a sugar-based confection would be relatively easy. You would be wrong. After a friend behind you hits their ball, go to the destination and scatter the mellows. Eventually, they’ll find the search-and-rescue humorous. Eventually.
————— 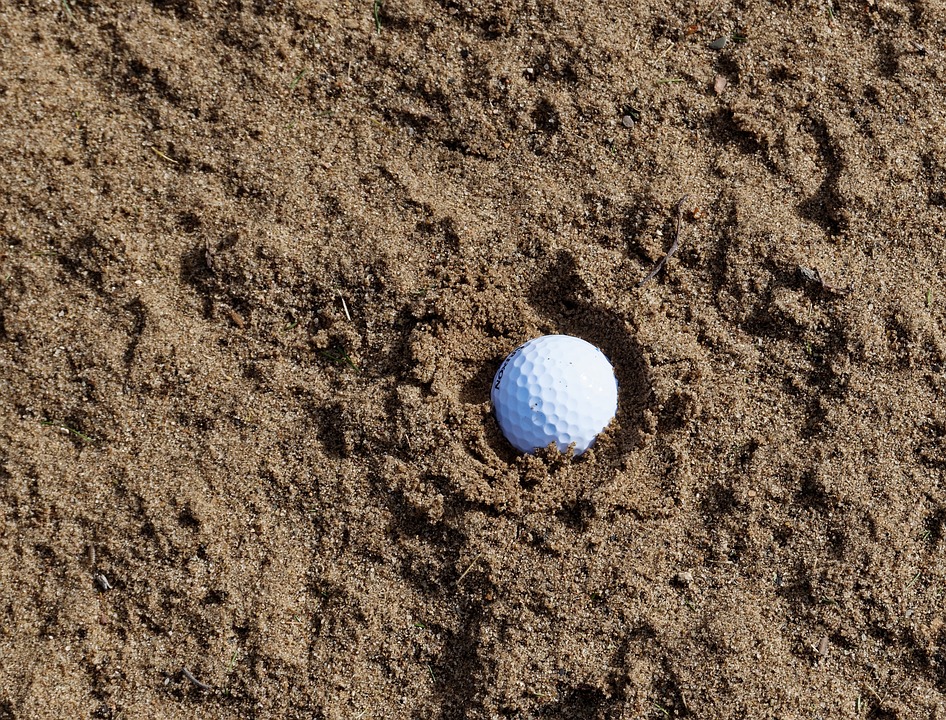 DON’T: Step on or roll over a golf ball

It’s mean, can damage a ball and, perhaps most importantly, not funny. FACT: 86 percent of this act’s perpetrators are the same people that misquote movie lines and own a Jagermeister machine.
—————

DO: Fill up a partner’s golf bag with range balls

This is a long con with a regular playing partner. Before each round, hide two or three range balls in the bottom of the golf bag. After 10 or so repetitions, eventually your friend will realize the bag is a tad heavy, see there’s something below his clubs, turn his bag upside down…and watch two dozen pearly whites scuffed-up, rock-hard pellets scatter everywhere.
—————

Same concept as the previous slide, but balls won’t damage one’s clubs or bag. This rubble will.
—————

DO: Hide a Smirnoff Ice in a bag

Remember when Icing was a thing in 2010? I say we bring it back, baby! For the uninitiated, the game requires one to hide a Smirnoff Ice — in our case, in a bag, underneath a headcover, in a scorecard mailbox — and when your friend discovers said drink, he/she is required to get down on one knee and consume the sweet-n-sour concoction. Thus, they have been “iced.”
—————

True story: I was once playing a round with a girlfriend’s dad, and on the putting green, I watched in horror as four boxes of condoms fell out of my bag. He was not amused. Related story, the girl and I are no longer together.
—————

DO: Play music in someone’s backswing

You can talk trash in basketball and football, and a heater to the dome can psyche out a hitter in baseball. If golf is a game of mental fortitude, what’s the harm in dropping some beats in someone else’s backswing?
—————

DON’T: Give an “awkward salmon”

The abridged version from Urban Dictionary: “The person spreads his legs slightly apart and puts his hand in between them close to the knees. Then he rapidly moves his hand back and forth slapping each leg to simulate the sound of a salmon flopping around on the ground. If a person sneaks up behind another person and performs the awkward salmon on the victim, hilarity ensues.” This had become a trend on golf courses a couple summers ago, especially when one poses on a shot, and the contagion needs to be stopped. There are some lines you don’t cross, and the area between one’s legs resides in “restricted access” territory.
—————

I’m a proponent of ready golf. But if you’re entangled in a log jam, you might as well embrace the sluggish pace and turn it into a positive.
—————

DON’T: Tackle someone into a bunker

Bill Murray made it look cool. But Bill Murray could make filing taxes look cool. Throwing someone in a bunker can be dangerous, and downright rude. Plus, I haven’t been to the beach in like three years and I’m still trying to get sand out of my shorts. Going in the sand means dealing with sand for LIFE.
—————

Put a used wood, the type you see hanging around driving range barrels, in your bag. When your friend is across the fairway, switch the club for one of their fairway woods, and ask if you can borrow one of their sticks for a shot. Mess up the swing, and angrily throw or break the impersonating club and watch the reaction.
—————

If you putt the grips up and twist, the clubs can get snarled amongst each other, and removing each stick from this web is easier said than done. I wouldn’t do this to my worst enemy.
—————

DO: Whip the flag in a backstroke

If executed properly, you can mimic the sound of a helicopter. Childish, yes, but, for such a simple premise, extremely enjoyable. Instead of doing it mid-putt for a partner, do this whip during their practice attempts. When they’re lining up over their actual stroke, they’ll be waiting for a crack that will never come. If I get my wish, this will one day happen in a Ryder Cup.
—————

DON’T: Put the pin in a different location for the group behind

Let’s say the pin is on the left-hand side of the green. You pick up the flag, plant it on the right side, in essence, leading those behind you astray. Not cool, especially since it does damage to the green.
—————

DO: Turn off or remove key from others’ cart

For whatever reason, whenever a cart stalls, the response seems to be hammering down on the pedal. It usually takes a two-minute investigation to reveal, yes, the cart has been tuned off. In itself, not that great, but if you continue doing it throughout a round, the buildup delivers a blow-up by the victim, which is worth the pay off.
—————

DON’T: Unstrap a bag from cart

This has become a common “joke,” although there’s nothing funny about broken clubs on the pavement. If you decide to do this, be prepared to pay for replacements.
—————

DO: Trap a partner in a Port-a-John

Basically, back up the golf cart, block the door and let them bask in the awfulness. Good times!
—————

There’s a human being in there, you monster.


By Joel Beall on Golf Digest