PGA Tour pros play a game with which most of us are unfamiliar, but this week they’re at a course to which we can all relate.

Memorial Park Golf Course, which last hosted the Houston Open nearly 60 years ago and is now set to host the tournament again, is a municipal facility — city-owned and accessible to all.

And it’s got $38 weekend green fees to prove it.

Try finding a Tour venue that you can play for less.

While you’re at it, try finding a track that pairs such a bare-bones price with Memorial’s rich pedigree. 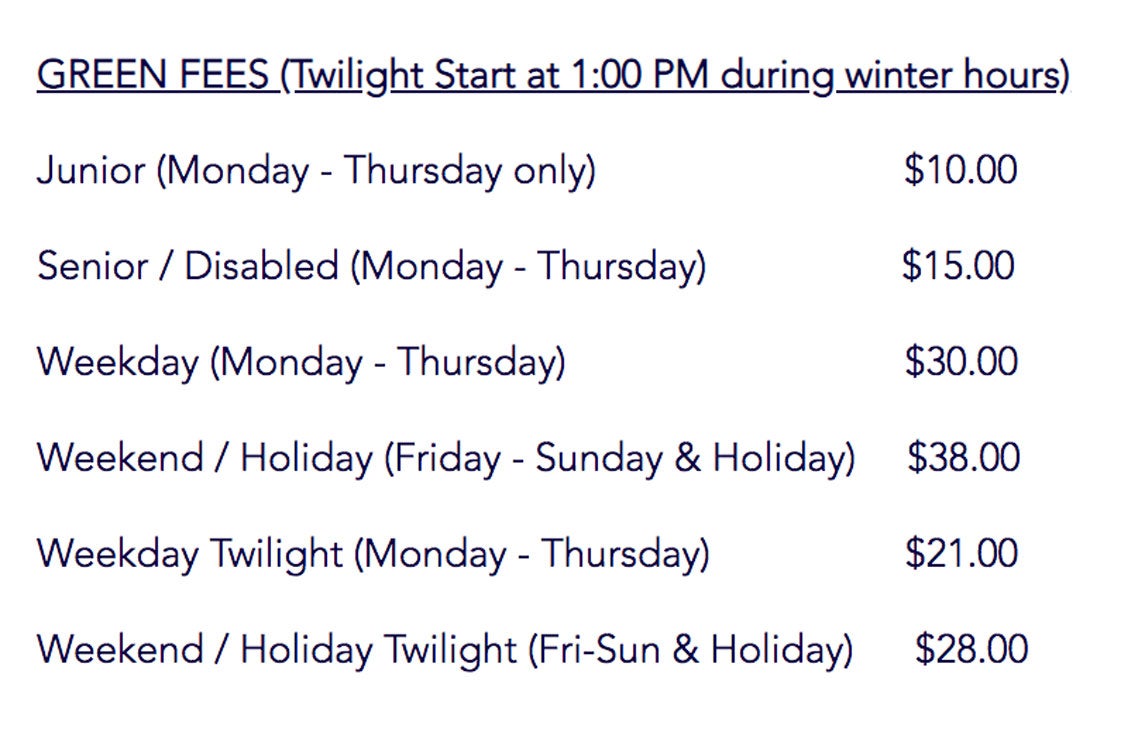 Located within an expansive city park of the same name, Memorial Park was born in 1923 as a nine-hole, sand-greens layout but bloomed into a fully grassed 18 in 1936. Between 1947 and 1963, it staged the Houston Open 14 times. Jackie Burke Jr., Cary Middlecoff and Arnold Palmer all claimed Houston Open titles in those years. Dave Marr didn’t. But the PGA Championship-winner-turned-golf-broadcaster grew up playing Memorial Park and never lost his fondness for it. His ashes are scattered on the grounds.

“Memorial Park Golf Course, which last hosted the Houston Open nearly 60 years ago and is now set to host the tournament again, is a municipal facility — city-owned and accessible to all. And it’s got $38 weekend greens fees to prove it. $38. Try finding a Tour venue that you can play for less. While you’re at it, try finding a track that pairs such a bare-bones price with Memorial’s rich pedigree.” – Josh Sens on Memorial Park, site of this week’s Houston Open Photo by Connor Dougherty (@connoreagledough)

In the mid-1960s, when the Tour moved on from Memorial Park, Memorial Park moved on with its life, enjoying a reputation as the best muni in Texas and producing jam-packed tee sheets to match. Over time, conditions took a downturn, and in 1995, the city commissioned a $7 million redo — no minor undertaking, but a relatively modest facelift, given the ambitiousness of what was still to come.

The work that made Memorial Park Tour-worthy once more — bringing the Houston Open back from the suburbs, where it was held for decades, to within the city limits — began in earnest in late 2018.

The first phase alone cost $18.5 million, but the money didn’t come out of taxpayers’ pockets. It was furnished by the Houston Astros Foundation (a non-profit founded by Jim Crane, the owner of the baseball team), which, in consultation with the city, tapped the noted architect Tom Doak to renovate the course.

Every renovation brings its own demands. Doak’s mandate was to dream up a Goldilocks design, a course that would ask compelling questions of the world’s best golfers while answering the needs of its muni clientele during jam-packed year-round play. As his consigliere, Doak leaned on Brooks Koepka, an official advisor on the project, a four-time major winner, who provided his two cents on design.

From the start, both men knew that defending par against the pros couldn’t be a top priority. That would only yield a one-dimensional layout. The emphasis, instead, should be on excitement — especially, Koepka urged, on the closing stretch. Electric late-day lead changes were what he hoped to see.

Doak obliged. Holes 13-17 are primed for fireworks, with two drivable par-4s, two reachable par-5s and a pint-sized but perilous par-3 in the mix. That’s four eagle chances in the last six holes.

“To balance that,” Doak told GOLF.com, “the stretch from 10-12 is probably the most difficult part of the course, so, as at Augusta, the leaders may be backing up a bit right as the challengers are posting birdies and eagles.”

All of which, Doak added, “should make it look like things are closer than they really are, as long as the guys in the last group maintain their composure” until they get to the rousing finale.

The greens that they’ll be playing are larger than what Tour pros tend to favor. But that’s how it had to be with the redesign. Small putting surfaces weren’t going to fly, Doak noted, on a highly trafficked course that’s expected to draw some 60,000 round a year.

As they are, the greens have ample movement, and allow for myriad pin positions. But they aren’t roller coasters. “I’m sure some players will comment that the green contours are difficult,” Doak said. “But they are really pretty tame for my work, because I knew that if I included more slope, the Tour would avoid hole locations in those areas anyway.”

Coupled with those kinds of compromises were longer-term maintenance considerations. It rains a lot in Houston, so Doak sand-capped the course to improve drainage while keeping bunkers to a minimum, limiting the number of sandy hazards that might that might wash out in a big storm.

(Sidenote on rain: As part of the redesign, Memorial Park also harnessed the power of this rainfall by installing a massive storm water irrigation system that can capture and store 80 million gallons of storm water, effectively removing the golf course irrigation from the City’s potable water system.)

The bunkers were no great loss, as Doak’s advisor saw it, since bunkers, while imposing to the average amateur, are often no big deal to Tour pros. From Koepka’s perspective, playing an approach from a sloped line in the rough was far more challenging than playing from the sand. And so on longer holes, such as 12, 14 and 16, Memorial Park now features uneven lies just off the fairways, though how big a factor they will be is hard for Doak to say.

“They are subtle enough that I don’t know if the players or TV will pick them up,” Doak said. “It’s a very flat site, and we didn’t want to go overboard with mounding that might trap drainage.”

Because of the pandemic, Doak has not been back to Memorial Park to play the course since it reopened in late 2019. But he’ll be on hand this week, strolling the grounds amid the limited number of spectators that the tournament is allowing, watching the action with a different eye than most, attuned to any tweaks that might be required.

What the winning score will be, Doak can’t predict. But it’s all the same to him.

“Our hope is to produce an exciting finish,” he said. “And as long as that happens we don’t care if they are 10-under or 30-under.”

And, anyway, the more important number is $38.

It’s not one any Tour stop is likely to beat.

This article originally appeared on Golf.com.